Anne Gangloff, Associate Professor in Ancient History and member of the LAHM-CReAAH research center, was awarded a prestigious Jean Monnet Chair in November by the European Union, as part of the Erasmus + program. 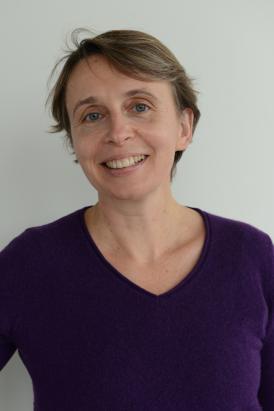 A Three-Year Project in European Culture

The project, “The Transmission and creation of a common European culture: the making of heroes” (FABER) addresses the fourth priority of the current Erasmus+ program: “raising awareness of and understanding the European Union context, notably as regards the common UE values, the principles of unity and diversity, as well as their social, cultural and historical heritage”. It includes 105 hours of teaching for nearly 350 students as well as research and research dissemination activities. We were able to speak with Anne Gangloff, the newly awarded recipient of this Jean Monnet Chair grant, for more information on what the project entails.

An Modern Examination of the "Heroization" of European figures

"I had already worked on the topic of heroization in Antiquity. I found it interesting to reflect on this question in the modern sense of the term. A double question is posed for Europe: can we hero-ize in the present time, create something other than ephemeral heroes and heroines who, every ten years, are forgotten? And can we create heroes and heroines who have a supranational dimension? Can we create figures that Europeans can rally around and possibly criticize? The astronaut Thomas Pesquet is very much used and heroized by children and adults alike. Some images present him as an ancient virile hero, and his notoriety is exploited in the French media in a perspective of European integration. I am also struck by the female figures in European history. There are, for example, Simone Veil or the novelist and journalist Louise Weiss, from whom we can reflect on the process of heroization. Certain mythical heroes and heroines have had a strong impact on the idea of contemporary heroes and heroines: for example, Antigone has an image of a resistant heroine that can be found with Simone Veil."

The question of gender will be explored further to question the role of women in the construction of the EU. The highly innovative FABER project aims to establish a dialogue between the academic world and European citizens, through six events that will be widely open and disseminated: 2 conferences, an international symposium, a cycle on "The Peplum in European culture" (3 film screenings), for an audience of approximately 700 people. It favors popular media such as cinema, comics, and websites. "One question that interests me: to what extent can ancient heroes still be contemporary heroes? There has been quite a strong reaction, especially in the United States, against the culture of the Classics, to say that it is a very selective culture, which was only for the white elite. Of course, one can criticize classical culture, but it is one of the foundations of European culture, and I find it interesting to reflect on its contribution."

FABER proposes developing outreach and education activities that will bring the EU closer to the public, especially in the field of education, by thinking about how to teach Europe in a more concrete and less institutionally focused way. "Europe is taught mainly in an institutional way: the construction of Europe, the major stages... But today's students are quite far from Europe, it doesn't mean much to them anymore. We do not identify with institutions. It is easier to form an identity by being interested in people who have a European dimension. It is important to be able to position oneself for or against these heroic figures, to study them while always keeping a critical dimension. My approach was not to look for heroes for Europe, to construct Epinal images! But it is a good way to teach a European culture within a diversity of histories, cultures and languages."

The FABER project brings together an interdisciplinary team of 7 researchers and 5 international experts in the fields of classical studies, contemporary history, film studies, European studies, media studies, European history education, and heroization. In January 2023, Anne Gangloff will organize with Evelyne Cohen, an anthropologist and media specialist at ENSIB (Lyon), a colloquium that will bring together sociologists, philosophers, and historians, specialists from different periods, on the success and failure of heroization from Antiquity to Europe.

The Jean Monnet Chairs are intended to deepen the teaching of European studies in the institution's official program and to provide in-depth teaching on European issues in fields that are increasingly in demand on the job market. They have a duration of three years and must include at least 90 hours of teaching spread over the academic year (lectures, seminars, tutorials and distance learning courses). Participating institutions are expected to support the chairholder in teaching, research, and reflection so that the courses are integrated into as many programs as possible.