As we approach the International Day for the Elimination of Violence against Women on November 25th, we take a moment to look at how Rennes 2 is supporting gender equality and inclusion actions and joining in the fight against sexual and gender-based violence. 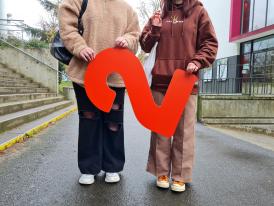 Following the adoption of the ‘Charter for Equality of Women and Men’ adopted by French universities in 2013 and the ‘Law for Real Equality between Women and Men’ in 2014, Rennes 2, in 2015, made the trailblazing decision to establish an equality mission within the University to promote gender equality, inclusion, diversity, accessibility and to fight against sexual and gender-based violence. Since then, it has found a large amount of support in student campaigns and events, as well as in its teaching and research-based activities.

In 2022 alone, the institution has dedicated an estimated nearly 150,000 € to these crucial themes, including 18,500 € in student and campus life contributions (CVEC). In addition, these themes and related actions are regularly initiated by student organizations that receive funding from the Solidarity and Development Fund for Student Initiatives (FSDIE).

A few examples of these actions include:

On November 25th, 2022, Rennes 2 University will once again mark its commitment in this area by participating in the #OrangeDay campaign by raising flags in the official colors of the day of mobilization against sexual and gender-based violence (SGBV) against women. Various activities will be scheduled throughout the day in order to raise awareness among the university community on this occasion. Students and staff will be able to try out a selection of games from the new equality-themed section of the recreational library, which since the start of the academic year has offered a catalog of more than 20 references aimed at questioning and deconstructing clichés and prejudices. Students will also be able to find out about the reporting procedure, which has been in place since October, to effectively handle reports of harassment, aggression or discrimination against students.