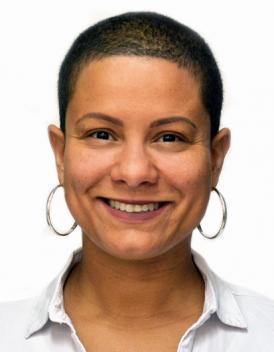 Tauana Gomes Silva has devoted seven years of research to studying important female figures of Afro-Brazilian activism, from the 1930s to the emergence of black feminism in the 1980s. "While black women are practically invisible in the historiography of Brazil, I'm happy to be bringing more attention to their contributions and lives. I intentionally decided to write my thesis in Portuguese for them. So that they can read it."

Her work as a historian is grounded in decolonization and gender studies. She arrived in France fourteen years ago as an au pair and started studying at Rennes 2 University in 2007, in the third year of her bachelor's program in history. While pursuing her master's degree, she became interested in the career of a communist soldier, Apolônio de Carvalho (1912-2005), who distinguished himself in his unceasing struggle against imperialism: first engaged against Franco in the International Brigades in Spain, he joined the French Resistance during the Second World War, then fought alongside the FLN in Algeria and returned to Brazil to fight against the dictatorship.

This research work inspired Tauana Gomes Silva to develop a doctoral thesis on a similar subject, even closer to her current preoccupations. "While writing about Apolônio de Carvalho, I began to think about life stories, biographies, oral history," explains Tauana Gomes Silva. "But Apolônio de Carvalho was a man, and a white man. I wanted to write about the leftist struggle for democracy in Brazil, specifically studying the roles that women and the black population played in this movement. Perhaps I also wanted to study something that I could relate to my own personal experiences of racism that has marked my career in France".

At the beginning of her thesis, undertaken in difficult conditions, she discovered with amazement that there was no bibliographical reference, no written source on the political contribution of black women in leftist organizations. "I wondered if my subject of study was not just a figment of my imagination. Fortunately, my two thesis directors, Luc Capdevila and Cristina Scheibe Wolff, supported and defended me. The absence of references, that silence, already reveals something. How is it possible to talk about workers' movements without ever mentioning their skin color?"

Today, as a professor of Portuguese at the Lingueo language center and a researcher associated with déCONSTRUIRE, an anti-racist organization in Rennes, Tauana Gomes Silva works on the topic of the history of black women in Rennes and the exile in the 1960s and 1970s of black Latin American women in Europe and Africa.