The institutions of the UniR consortium – the EHESP, ENSCR, ENS Rennes,
INSA Rennes, Sciences Po Rennes, University of Rennes 1 and Rennes 2 University – have committed funds to a special programme for the hosting of Ukrainian refugees in Rennes. This large-scale assistance programme extends the tradition of welcoming students and staff who are refugees or in exile. 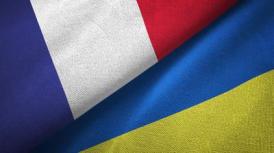 The heads of UniR member institutions, convening for their Council of Members, condemned the continuation of the military aggression conducted by the Russian president against Ukraine, which is resulting in attacks against civilian populations: the bombardment of public buildings, hospitals, student residences, and teaching and research premises. The Council of Members reiterates its full support and solidarity with the Ukrainian people in the name of democracy, freedom and respect for human rights.

In response to the severity of the conflict and relying on existing mechanisms, the two universities and five grandes écoles of Rennes are mobilised to assist students and university staff affected by the conflict, whether they are currently taking classes at the establishments, just arrived from Ukraine or still in transit in Eastern European countries.

Since the beginning of the conflict, on 24 February, the Rennes International Mobility Centre (CMI Rennes) has been offering individualised support to the 32 Ukrainian undergraduate and graduate students and university staff there, in conjunction with the International Relations Offices of the grandes écoles and universities. It is also assisting the hundreds of Russian and Belarusian university students and staff in Rennes.

A special programme to accommodate refugees

The seven members of the UniR consortium are committed to welcoming Ukrainian students to their institutions so that they can begin or continue a university pathway taught in French or English. To do so, they have approved financing from their own funds for a programme to accommodate Ukrainian refugees. The programme is aimed at broadening the opportunities for receiving students and teachers in line with the national policy and in connection with local authorities.

The Ukrainian university students will benefit from two-fold support:

Ukrainian university students will also have the opportunity to enrol for the Passerelle university degree (DU) at the start of the academic year in September 2022, specifically designed for students in exile, and part of the solidarity scheme for refugee and asylum-seeking students initiated by the CIREFE in 2015. These may be individuals who have already started to work in their country (doctors, engineers, employees, teachers, etc.), entered higher education (law, economics, computer science, biology, literature, etc.) or completed secondary school. This intensive training in language, culture and university methodology is a gateway to the French university system, and enables all students who have been forced to interrupt their studies to re-enter a higher education curriculum in France. As of this first semester of 2022, 28 exiled students of eleven different nationalities (Syria, Afghanistan, Sudan, Turkey, Albania, etc.) are registered in the Passerelle programme.

Furthermore, as part of the special emergency assistance programme for Ukrainian researchers in danger (national PAUSE programme), the seven institutions in Rennes are ready to welcome scientists who apply for entry. Several applications have already been received. This three-month emergency programme makes it possible for researchers to seek protection and continue their work, until they can apply to another aid programme.

Founded in January 2009, the Rennes International Mobility Centre is the organisation responsible for welcoming international students, doctoral students and researchers from UniR member institutions and six other institutes of higher education in Rennes. CMI Rennes provides them with support in preparing for their stay, managing their administrative procedures, settling in Rennes, adapting to French culture and integrating into society. Nearly 7,500 international students undertake or continue their studies in Rennes each year. https://cmi.univ-rennes.fr/en

The Rennes International Centre for the Study of French is the largest institution in higher education for the study of French as a Foreign Language in all of Brittany. Founded in 1963 and operating within Rennes 2 University, each year it welcomes more than 2,000 international students of 100 different nationalities. Several of its teachers also take an active part in the initial FFL training (FFL UD, FFL Master's for professional and research communities) by giving courses and mentoring interns. They also participate in the continuing training of FLE teachers.

The CIREFE also belongs to CampusFLE, an organization that brings together nearly 40 French university centres for international students, and qualified once again for the FLE Quality Label in 2021.