From 12 January to 17 February
Image 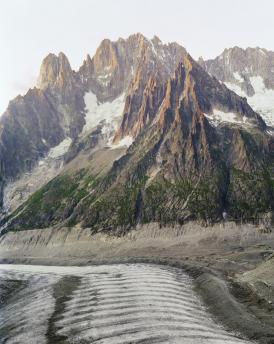 Landscapes are the forms of the Earth, sculpted by erosion. The master builder is water, which creates broad paintings, where the colors are provided by plants, grasses and algae. For the rest, the rock is gray, the ice is white.

Aurore Bagarry gives an account of these natural arts through her own, photography.

Man is not absent from the studio. By opening quarries, he brings to light deep geological structures; by opening eyes in the ground of Paris, he reveals the water circuits, the arteries of the city. The photographs that Aurore Bagarry has taken in the quarries of the Paris Basin illustrate the succession of sedimentary layers, the cliffs of the English Channel reveal rocks that have been excavated from their Jurassic ocean, as well as granites and gneisses resulting from Devonian and Carboniferous age tectonics.

In the Alps, rocks are uncovered by the collapse of large blocks, erosion of forms by glaciers. Aurore Bagarry details the mechanics. She is also a voyeur, when she reveals the water penetrating the heart of the stones, the body of the rocks; her photographs give an account of the force and the tumult, of the passion uniting the waters and the stones.