Diving into the Heart of the French Revolutionary Spirit

Rennes 2 recently welcomed Canadian professor Pascal Bastien as International Chair in the Humanities and Social Sciences. During his time on our campus, he provided our students with lectures that reconstructed and analyzed historical events that had a profound impact on the revolutionary spirit. 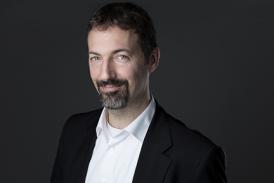 Could you introduce yourself in a few words?

I am a professor of modern European history at the University of Quebec in Montreal (UQÀM) and Director of the Groupe de recherche en histoire des sociabilités (GRHS). I had the opportunity to come and teach in Rennes last April thanks to the help of Dominique Godineau, Assistant Director of the Tempora research center and teacher-researcher at Rennes 2 University.

Can you tell us more about your work with the students of Rennes 2?

I re-enacted with them the "Réveillon" riots of April 27 and 28, 1789, which surpassed many other riots in terms of victims and repression. I decided to construct my intervention as a reenactment, to scrutinize the unfolding of the riots that participated in the creation of a popular consciousness and the birth of the "sans-culottes".

On April 27, 1789, rumors spread that a rich boss named Jean-Baptiste Réveillon wanted to lower the wages of his workers, who were already struggling to make ends meet. A riot broke out in the Faubourg Saint-Antoine. On April 28, the French Guards regiment fired on the crowd, leaving several hundred injured and more than three hundred dead.

We also looked at a much lesser known aspect of the days of July 1989. Beyond the opposition to the monarchy and the violence that resulted from it, the insurgents showed an unprecedented sense of staging and spectacle though the use of wax figures. These figures, which were considered very very fashionable at the time, were reputed to be very similar to the real-life personalities, much like photos.

Numerous personalities were thus represented, such as in the stores of Philippe Curtius, a wax sculptor who was in vogue at the time. On July 12, 1789, the insurgents burst into one of them and seized the bust of the Jaques Necker, a minister whom Louis XVI had just fired, and that of the Duke of Orleans, which they carried in a parade to the Tuileries. Through this act, they showed their support to these two men and opposed the King, which was repressed by the royal army. On July 14, 1789, the wax busts were replaced by real heads, including those of Governor De Launay and the provost of the merchants, Jacques de Flesselles.

Overall, I was very touched by the interest of the students, their participation and their energy during my interventions.

What project(s) are you currently working on?

With members of the Tempora research center, I am working on the development of a digital platform dedicated to the archives of Jean Nicolas, a historian specializing in the modern period who worked on pre-revolutionary Parisian riots, from the reign of Louis XIV to the French Revolution.