The new journal aims to promote the richness and multidisciplinary approach of the work of the university’s research centers, but also to provide a forum for reflection and debate on contemporary and future challenges. 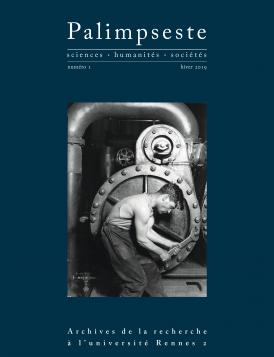 “For this first issue, we decided it was important to show that innovation often takes the opposite direction from what is more or less widespread in traditional media,” according to Cyrille Habert, Editorial Secretary of Palimpseste. “This was the case for contributor Émilie Dardenne, who submitted an article on animal studies, an area that has been explored to date, mainly by English-speaking countries, but not much in France.” Innovation can also be understood as methodological innovation. “We have one article on the use of video games in child psychiatry. The article is interesting because there is often a tendency to blame digital technology for diverting adolescents from participating in social life. The author, Quentin Dumoulin, observes that the link with others can be rekindled through video games,” he added.

The content of each issue of Palimpseste is planned by an editorial committee representing the entire scientific community of the university. Articles are written by teacher-researchers, including doctoral students. In addition to the Director of Publication, Rennes 2 President Olivier David, and the Editor-in-Chief, Leszek Brogowski, the Editorial Board is composed of representatives from our research centres, faculties, and members of the management team directly involved in the editorial adventure. Two representatives from the French National Centre for Scientific Research (CNRS) also participate.

Palimpseste has set itself the objective of reaching a broad readership without sacrificing scientific standards. As such, its articles are decidedly educational, all the while exploring new ways of thinking on major social issues that are informed by disciplines within the humanities and social sciences.

The layout of the magazine also emphasizes iconography, with illustrations - drawn from the various arts - supporting and extending the topics at-hand.

For those who may not be familiar with the journal’s title, Cyrille Habert explains, “the word ‘palimpseste’ refers to medieval manuscripts that were erased by scratching so that they could be used to copy other texts. We were interested in this notion because, as Gérard Genette* rightly says, the text that is superimposed on the previous one does not completely erase the original text: it allows it to be seen in transparency. However, it is the very nature of our editorial activity in this review to propose texts that, over the years, complement the previous ones.”

For the moment, Palimpseste is being published exclusively in French, but plans to translate one or more future issues may come soon. An online version is also being launched in order to share enriched content (videos, photos, interviews, bibliographic resources, etc.) among all categories of readers.

*Gérard Genette was a French literary theorist who wrote the book “Palimpsestes. La Littérature au second degré” in 1982. He develops the theory of ‘transtextuality’, i.e. the set of relationships that can exist between two or more texts, and defines the different hypertextual relationships. An article on the topic and several excerpts from an interview (in French) is included in this first issue of the journal.