Interview: Françoise Dubosquet is a specialist in the study of contemporary Spain and is responsible for the international joint degree program of the ETILA Master's degree (Iberian and Latin American Studies) with the Autonomous University of Madrid. In December, she was named Honorary Consul for Spain in Brittany. This prestigious appointment will provide her with the opportunity to continue to find new ways of connecting the region of Brittany to its neighbor to the south. 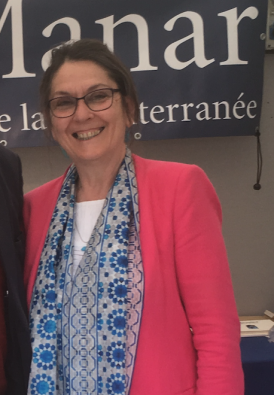 Congratulations on being named Honorary Consul for Spain. Can you please tell us what the role entails and how the appointment came about?

FD: In fact, it's a post that acts as a relay between the Spanish Consulate General in Paris and the representation of Spain in Brittany. It provides a link for Spanish citizens who are living here, whether they are in difficulty, need help with administrative paperwork, or are just seeking guidance in relation to their residency in Brittany and Loire-Atlantique (Nantes, Brest, Rennes...). It also provides a link for French people who wish, for example, to go to Spain or reside there on a longer term basis. So it’s really a way to help people obtain important information and documentation but there’s also a side that means we’re able to accompany them (Spanish and French residents) with any questions they may have when they move and adjust between regions and the two countries. The job also entails important economic and diplomatic aspects. I’ll be working to promote stronger trade ties between the two countries in our region in collaboration with local partners and organizations.

As to how it came about, the Consul General contacted me in February last year because Jean-Pierre Sanchez, a Rennes 2 professor who had been working in this capacity for the last 15 years, decided to retire. I think they were interested in my particular profile because I’m very attached to the exchange aspect between the two countries and the cultural aspects as well. As a specialist of contemporary Spain, I work on the transition of intellectuals, politics, the press, etc. So of course, they wanted someone who was very familiar with Brittany and at the same time, someone who has strong links to Spain. Yet, I really wasn’t expecting it and was quite surprised when they called me in February and offered me the opportunity to apply for the position. It's quite an official process that has to go through the Spanish Office for Foreign Affairs and then through the Quai d'Orsay. Usually, the process is wrapped up within a couple of months, but the pandemic has complicated matters. In the end, I started my functions in December of 2020.

What attracts you to this position?

FD: While I was surprised to receive the initial call, I see this role as an extension to the work that I have already been doing for years now. Throughout my time at Rennes 2, I’ve been involved in the life of the university through teaching, conducting research, and coordinating with local and regional offices. I’m able to draw upon my former experiences as Director of the Spanish Department and, later, the Faculty of Languages, alongside my continued involvement with the International Relations Office, the Cirefe, university commissions and national committees as inspiration for the tasks that lay ahead.

But, more importantly, as a linguist, one obviously tends to be open to other cultures. We work throughout our careers and, one could say, throughout our lives, to help others better understand the similarities and unique differences between cultures. So it really allows me to continue my work as a Hispanist on a more fundamental level. As Hispanists and language teachers, it’s in our nature. We're between two countries with different cultures and it's quite interesting. I'm proud and honored that they thought of me. I feel very Hispano-Armorican and this bond is something that I have carried for a very long time. It’s part of my personal history and deep connection with Spain and Latin America.

What kinds of things are you looking forward to taking on in your new role?

FD: Since I’ve just taken up my duties, I’m more in the process of learning what comes with the role. I'm in the process of discovering things. I’m working with a new team at the Consulate itself, since the  both the Ambassador and Consul arrived about a year ago. There’s also a new Vice Consul.

As soon as the pandemic allows, we’ll resume work on a variety of different projects. The Consul General wishes to meet the President of the region of Brittany. So we’re looking forward to organizing this diplomatic meeting. It should prove helpful to the continued development of general economic ties between the two - for Spanish nationals and organizations here and French individuals and organizations that want to settle or open businesses in Spain.

I also plan on resuming work with the Cervantes Institute in Paris, to see how we can expand our relationship. We’re lucky in that the Director General of the Cervantes Institutes in Spain, is a partner of the Rennes 2’s. It’s this type of relationship that I hope to continue to develop, and see what can be done in the Brittany and Atlantic regions.

It also should allow me to explore new possibilities for collaboration for our Spanish department and the UFR, with other universities, including UBO, UBS, and Nantes, to see what we can put in place. I definitely will be travelling between Rennes, Brest, Nantes and, from time to time, Paris.

I really want to focus on how we can energize these and other relationships, or perhaps create exchanges with Franco-Breton-Hispanic or Hispano-Breton cultural organizations. That's also what our work is all about, sowing seeds and making civil society aware of them. To go beyond the walls of the university, and beyond the walls as well.

I think we have a lot to learn from Spain and a lot to be gained from greater exchange and cooperation. There are things that are different, but at the same time very complementary. Spain is a country from which we learn a lot about decentralization. We have a lot to learn about bilingualism and plurilingualism. We also can learn things from our neighbors on issues like violence against women.

This is an opportunity to perhaps make cultural choices and nourish this heritage. So far, I have been honoured to be offered this mission. It wasn't something I was expecting, but sometimes life has surprises in store for us, and this is a nice one. I’ll do my best to live up to expectations and accomplish my missions.